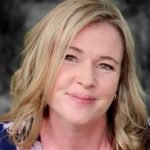 Gail happily grew up in a small town in the Adelaide Hills surrounded by long-time friends and family. Gail and her husband, Darren, recently decided ‘life was short’ and made a life-changing decision to sell their home and leave the company they helped build. They bought a caravan, pulled the kids out of school, and planned to travel around Australia for as long as they could – the rule was, there were no rules! They ended up with eight incredible months of calling their 19ft caravan and the Australian land their home. Aside from the rainy days stuck inside with five people, they had many adventures living along the QLD coast; the kids learnt from their surroundings; woke to sunrises on the beach every morning, and ate their dinners on the beach at sunset.

The family were to continue travelling around Australia, but they fell in love with the Sunshine Coast. So they decided to get a house and pop the caravan in storage for a while. Whilst they are enjoying the space and private bathrooms at the moment, their feet always seem to have a particular itch that may need to be scratched again sometime soon.

Gail has been writing children’s stories since she was a little girl. They were generally stories about parents with up to twenty children, yep, twenty! Perhaps a reflection of her dreams of having a big family. Gail is a few children short but has five beautiful children – three of which grew in her belly, and the other two grew in her heart (she feels blessed to be a part of her beautiful step-daughter’s lives). Tyson (thirteen), Abbie (nine), and Logan (four) have been the inspiration for many of her stories, and they also helped illustrate her first published Children’s Picture Book called Rona the Glitterbug: A COVID 19 Keepsake.

Gail still has many more stories to come, so watch this space.